It was late at night on Thursday November 10, and I was discussing (over text message) my birding plans for the next morning with Bruce Mactavish. I was heading south from St. John’s to look for late season migrants, shorebirds and whatever else might come my way. Bruce, on the other hand, was sticking closer to town to check local hot-spots for November warblers. I’m known for making optimistic (if not wild) predictions, so it probably came as no surprise when he received my text at 11:00PM saying “I’ll come back to town for a Hermit Warbler“. Hermit Warbler is incredibly rare in the east, and had only been recorded in Newfoundland once – on November 11, 1989. As rare as it is, it’s one of those birds that local birders think about at this time of year.

I had been birding for several hours and was as far south as Ferryland when Bruce texted to tell me he was driving to Mobile to check out a probable (but very late and therefore suspicious) Spotted Sandpiper that had been reported there. I had driven through there hours earlier, but told him to keep me updated. A short while later, I noticed a missed call from Bruce on my phone – and promptly received a text message saying “HERMIT WARBLER, MOBILE”. Knowing that Bruce is not one to play tricks, I made near-record time on the way back and found him standing on a trail at the end of a road – Spotted Sandpiper confirmed, and Hermit Warbler “somewhere” in the nearby woods. Other birders soon showed up, and we searched the area for several hours without any further sign. Most people gave up and headed home as the weather and light deteriorated, while I gave it another go and expanded my search to another road up the hill. I soon glimpsed a warbler with a bright yellow face among a big flock of Juncos, Chickadees and Golden-crowned Kinglets – but it dissolved into the trees before I could even get my binoculars on it. It HAD to be the Hermit Warbler! But better looks would have to wait.

I spent the rest of the weekend in Grates Cove – closing up the house for another winter and enjoying some family time. But all the while I felt tortured over this amazing warbler that “got away”. Fortunately other birders were able to refind it in the same area I had glimpsed it on Friday, but always with very brief and fleeting glimpses. Photos were scarce, obscured and out-of-focus but enough to whet my appetite. Anne Hughes and I headed back to Mobile on Monday morning, and within a little while were joined by three others. It was spotted briefly near the road, and then Anne found it again behind a nearby house. This time I saw it too – and really well (for a few seconds!). As it had all weekend, it popped up briefly and disappeared again several times over the next two hours … I likened it to a frustrating game of whack-a-mole. I saw it on three separate occasions for a grand total of less than two minutes, and most of that was distantly in the treetops! I did manage one decent photograph, with most others showing either a blur or a twig where it had been sitting milliseconds earlier. But hey – with a great bird of this rarity level, it’s seeing it that counts!

This HERMIT WARBLER will no doubt be the highlight of November – and maybe of the year. Bruce Mactavish discovered it in Mobile on November 11 – exactly 27 years after Newfoundland’s one and only other record (Nov 11 1989)! The broad wing bars, clean white underparts and oh-so yellow face make this an unmistakable (and unforgettable) bird.

My first looks at this bird on November 14 turned out to be my best, although I bombed on a chance to photograph it. The only time we saw it at eye level, I was able to see the grey back which helps distinguish this species from similar cousins and rule out the possibility of a hybrid (which do occur, and there is one record of a  probable Hermit X Townsend’s Warbler hybrid for the island). I have no experience with Hermit Warblers and am not sure if this is an adult female or an immature male. 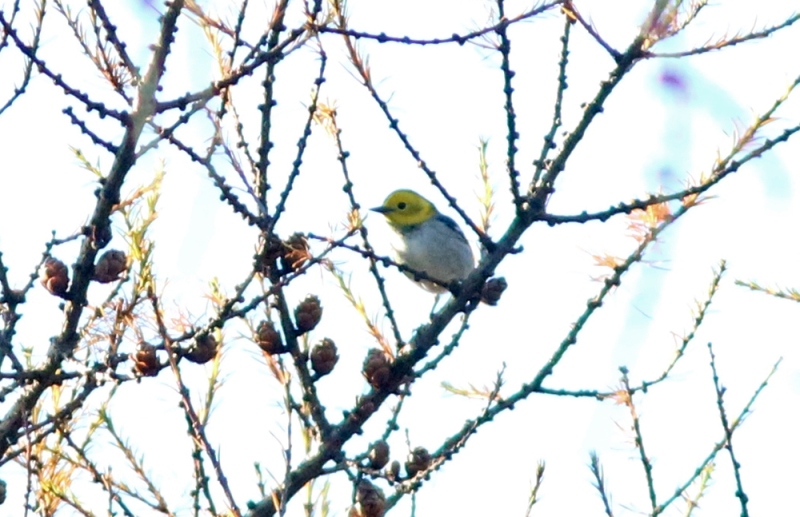 Just as one might expect from reading the literature, this Hermit Warbler spends a lot of time in the canopy, foraging in the top one-third of the conifers. It seems to show a preference for larch trees, and my longest views of this bird (and the only views lasting more than 5 seconds) were while it fed at the top of several larch trees in the distance. 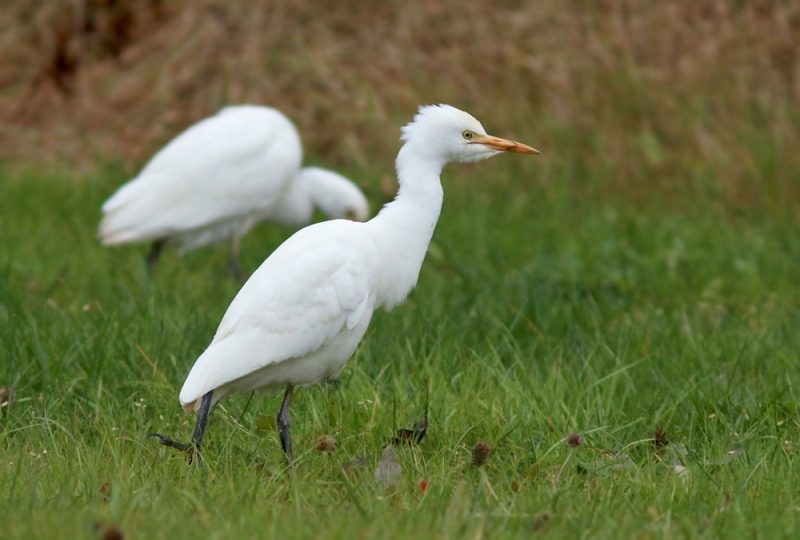 I also spent a little time with these two Cattle Egrets in Ferryland, just before getting “the call”. Cattle Egrets are rare but annual in Newfoundland, and two together was a bit of treat. 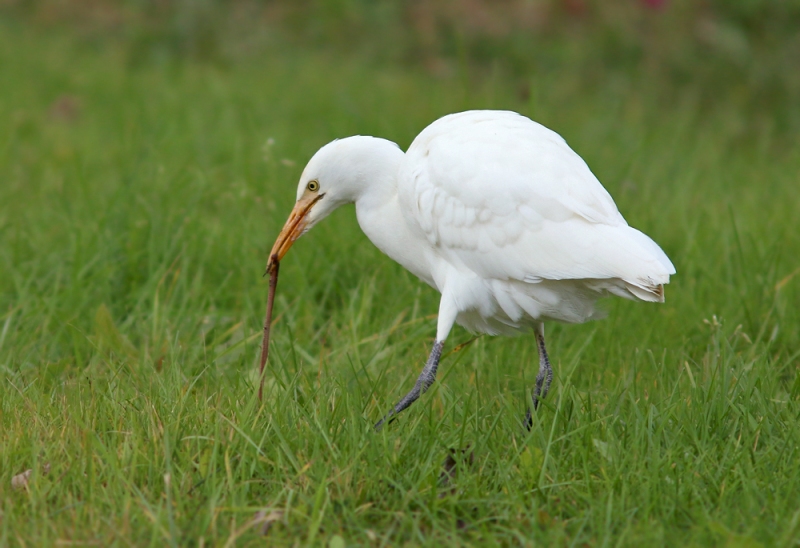 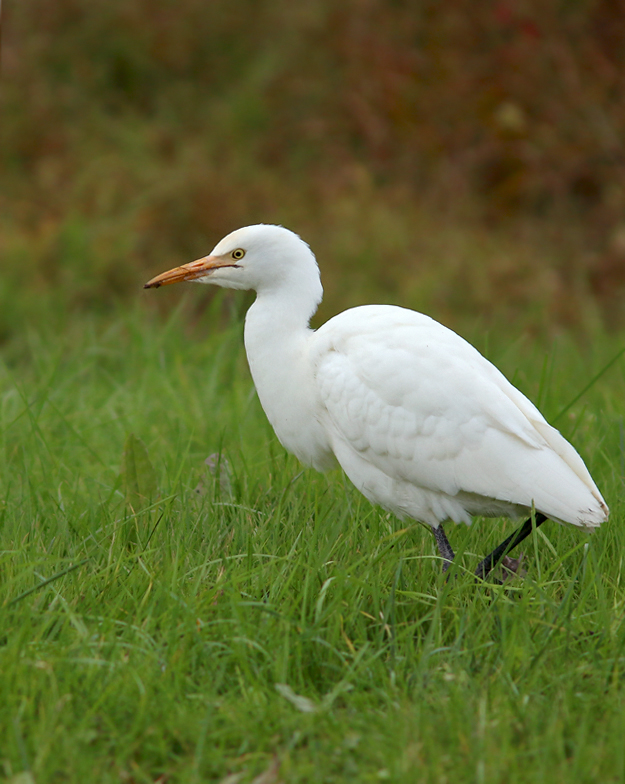 Spending the weekend in beautiful Grates Cove, I had to distract myself from thoughts of the Hermit Warbler that other birders were seeing back in Mobile. The lovely “supermoon” that graced us on November 14 was a nice help!