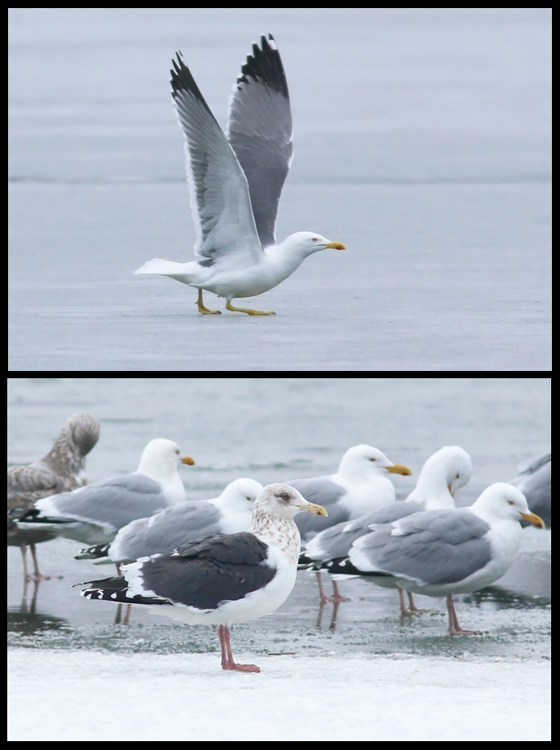 Another highlight of early spring was an exceptional few days of gull-watching in St. John’s. Not only had the elusive Yellow-legged Gull (which can be seen here sporadically most winters) become a very regular visitor at Quidi Vidi Lake, but a Slaty-backed Gull had also been discovered there. The two images above were captured just minutes (and metres) apart … two very rare gulls entertaining some very happy birders!