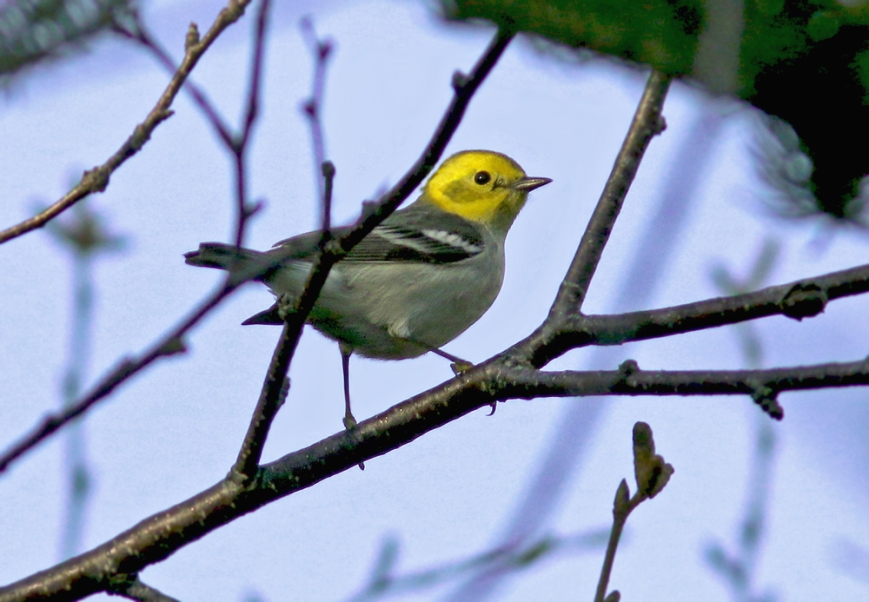 This Hermit Warbler was at Mobile from November 11 – December 1, 2016 … just the second record of this western warbler for Newfoundland. (Photo: Jared Clarke)

Origins: Breeds primarily along the Pacific coast of the United States, wintering in Mexico. It is a rare visitor east of the Rockies, especially so to the Atlantic coast.