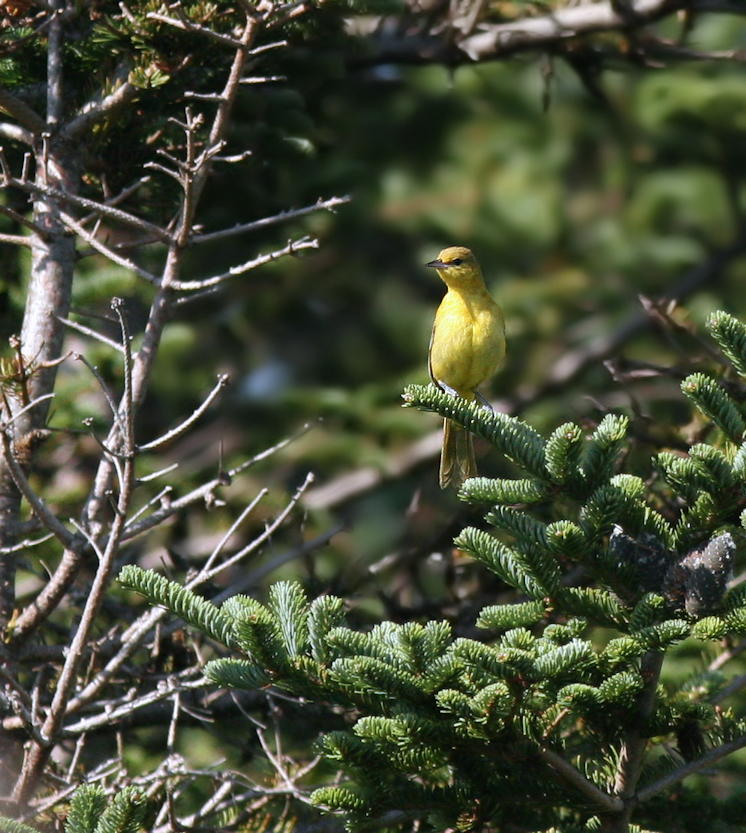 This female Orchard Oriole near Cappahayden in Fall 2011 was only the third confirmed record for Newfoundland, and the first to be photographed.
– Photo: Dave Brown (September 9, 2011)

Origins: Breeds across most of the eastern United States and Mexico, wintering further south into Central and South America. It is a rare but regular visitor to the Maritime provinces.

However, the history of this species in the province is slightly complicated, with a few other convincing (but unconfirmed) reports, including two from St. John’s in June 1975 and October 2002.