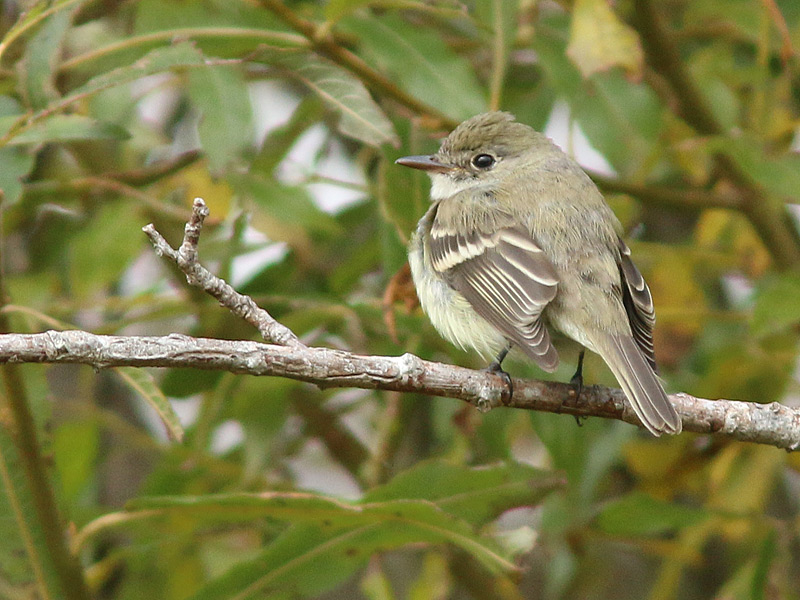 This very late empidonax flycatcher showed up in St. John’s in November 2017 — well beyond the expected date of any expected migrants and reason enough to scrutinize it. Originally found by crack birder Lancy Cheng, numerous birders arrived soon after and spent several hours trying to capture diagnostic photos amid the fleeting glimpses it gave. Based on these photos and a very important sound recording, this bird was eventually identified as Newfoundland’s first ever Willow Flycatcher! Chalk one up for the perseverance and cooperation of our local birding community! (Photo: Jared Clarke, November 9 2017)

Origins: Breeds across much of the northern United States and southern Canada, from Maine to British Columbia and as far south as southern Arizona and southern California. It winters from southern Mexico to northern South America.

Record Details:  One record for Newfoundland: An unidentified empidonax flycatcher was present along the Virginia River (near Quidi Vidi Lake) from November 8-10 2017. Always a challenge to identify, and especially at this time of year, the bird was extensively photographed and a recording of its call captured. These eventually allowed the bird to be identified as the provinces first confirmed Willow Flycatcher.