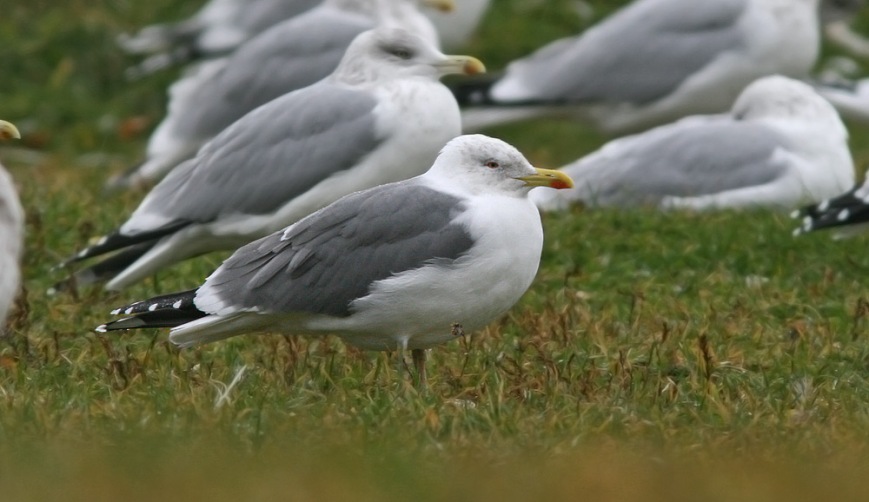 Yellow-legged Gulls are incredibly rare anywhere in North America, but are recorded annually in St. John’s. This one was photographed in early December, 2010.
– Photo: Jared Clarke

Origins: Occurs in the eastern Atlantic/Mediterranean. It is thought by many that individuals recorded in Newfoundland likely originate in the Azores, with several characteristics  fitting the race common to that area.

Details: At least one Yellow-legged Gull wintered in St. John’s annually since the late 1990’s until ~2012, often being found between late August and April. The species has become much less regular in the past decade, sometimes going several years without a report (but recorded as recently as April 2020). The only confirmed record from outside St. John’s was at Portugal Cove South in July.