With two young children, Valentine’s Day has become yet another busy holiday for us. Susan and I are both madly in love, but also practical people … so after surprising her with chocolates and making a heart-themed breakfast for both her and the kids, I settled in to catch up on some work while she took the girls to a Valentine’s party. Some quiet time to be productive …

Until my cell phone whistled with an incoming text message from unstoppable birder Alvan Buckley: “Brown Thrasher at the fluvarium. Now.” Three minutes later, with my work sitting idle on the desk and a freshly poured cup of tea still steeping on the counter, I was out the door. Productivity be damned! 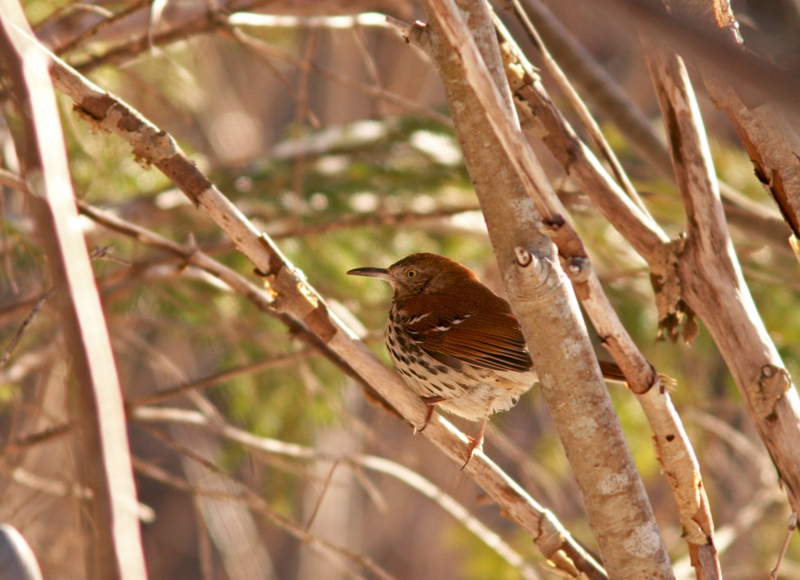 This Brown Thrasher, hanging out at Long Pond in Pippy Park, is a rare visitor to Newfoundland and the first “gettable” one in more than a decade.

Brown Thrasher is a rare visitor to Newfoundland, with only three or four reports in the last ten years … and it was one I have never managed to see here. Luckily, this one was just five minutes of high-speed driving from my house. I arrived to find a few people milling around on the trail near the fluvarium (at the northeast corner of Long Pond). The bird had been seen a few times but had just flown off. A few more people showed up and we spread out in search of what we knew could be a very elusive bird. Thirty minute later, I saw it flying in over the treetops … it landed briefly alongside the trail before slipping into thick cover and disappearing. Just long enough for an identifying look (tick!), but certainly not satisfying. On borrowed time, I had to leave with hopes of coming back later.

And that I did. After actually accomplishing a little bit of work, I headed back to Long Pond mid-afternoon. Only a few people remained, but they had just located the Thrasher and it was being somewhat cooperative. My first looks were typical of this secretive species – sitting in a tangle of limbs and branches. Eventually it flew in to an area of shoveled deck under the fluvarium, where some feeders had been set up and some seed/mealworms scattered … providing close and wonderful looks. The light was pretty difficult for photography, but over the next hour or so I managed to get some mediocre shots as it came and went. According to a staff member at the fluvarium, it has been around (noticed but unidentified) for a few weeks – so maybe it is settled in and I’ll get another chance for better photos! 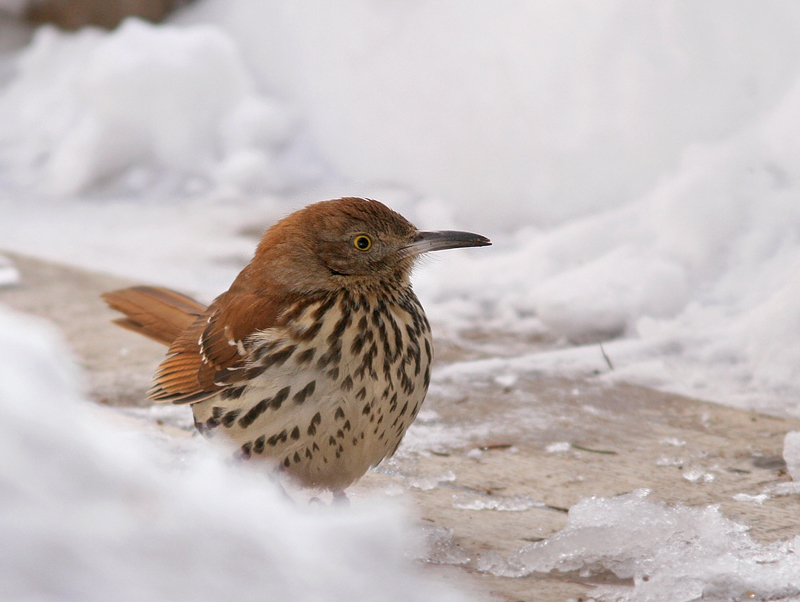 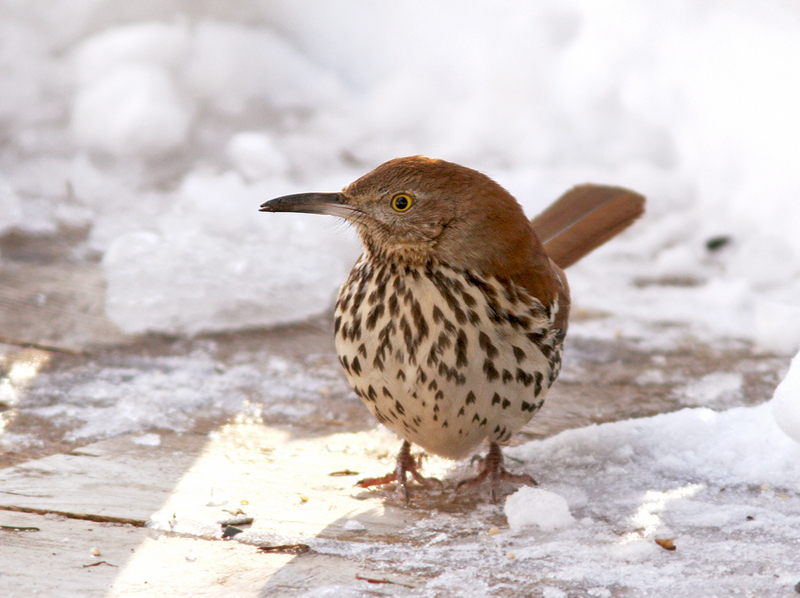 Maybe not romantic, but still a great treat!  Susan and I ended the day with an impromptu excursion downtown for a hockey game, some live music and a few relaxing drinks with friends. In my books, that all adds up to a wonderful Valentine’s Day.