… and some very bad photos 😉

Last weekend, I found myself sitting in my car, staring at a feeder outside a house in Pouch Cove (~25 minutes from my own house) — for the third time that week. I was waiting for a visitor that eluded me the previous two trips, and starting to feel that my newest nemesis bird was about to have the last laugh yet again.

Then it happened … a female NORTHERN CARDINAL flew in out of nowhere, landed on the feeder for a few brief seconds, then disappeared behind a tangle of bare twigs in a nearby shrub. It was a brisk -25C (windchill) outside, but I rolled down my window, watched and snapped off some really poor photos during the next few minutes. It was rarely unobscured by something (branches, twigs, snow or even the feeder), but it was there — and it was a long-awaited “tick” on my Newfoundland bird list!

Northern Cardinals are surprisingly rare in Newfoundland. There was just one (undocumented) record prior to 2005 when one over-wintered on the island’s Great Northern Peninsula, and just two more confirmed records in the following ten years. However, the past few months may have signalled a change to that claim, as there have been more records (at least five!) this fall and winter than ever before. In fact, two (one male, one female) have been frequenting feeders on the Burin Peninsula for the past few months. This female in Pouch Cove is the easternmost so far, and close enough to St. John’s that most of the local birders (like me!) have been able to add it to their coveted lists.

Ten days prior to seeing this extreme Northern Cardinal (perhaps the most northeastern record ever?), I was watching another at the very opposite end of its breeding range – in the decidedly warmer weather (+30C) of northern Belize! And while I have only poor photos of both to share, I have the very cool memory of seeing them at their extremes this February!

** Below are a few of my favourite memories from the Eagle-Eye Tours trip to Belize & Tikal — pardon the quality, as they were quick edits on my phone during the tour. I hope to post a summary of the trip, with lots more photos, soon —- but in the meantime you can check it out on my Facebook, Twitter and/or Instagram accounts. ** 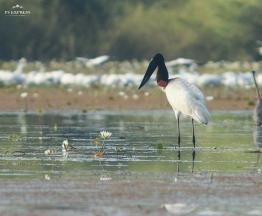 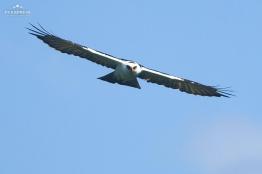 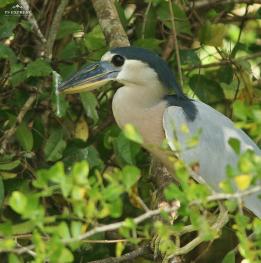 3 thoughts on “A Tale of Two (Extreme) Cardinals …”